The permanent exhibition of the Jewish Museum Hohenems in the Heimann-Rosenthal Villa tells the story of the Jewish community from its beginnings in the 17th century to the end after 1938.

The exhibits tell of a life between local belonging and transnational family networks; they tell about migration and home, hope, success and loss, persecution and escape routes. The exhibit includes perspective on the new beginning of survivors after 1945 well as debates about memory and forgetting, and the Hohenems Diaspora, the perspective of descendants all over the world. Visitors are invited to move between the historical timeline of events and challenges, and the cycle of life and the Jewish year — and to confront questions that are still relevant today.

English speaking audio guides, video installations and a children’s exhibition provide a deeper experience of the visit, for both the solo traveler and groups of family and friends.

Introduction
The History of the Jews of Hohenems …
There was a Jewish community in Hohenems for more than three hundred years. Its heyday was in the first half of the nineteenth century, when it  … ►

Settlement and Economic Interests
"Why Are We Here?" …
Economic factors often played an important role in the complex history of the settlement and displacement of Jews in Europe. Jewish communities were … ►

Tradition and Enlightenment
"Who are we?" …
In the late 18th century, laws and regulations in the spirit of the Enlightenment opened the way towards equal rights for the Jews and other minorities. … ►

Diaspora and Migration
"Which World is Ours?" …
Legal and economic restrictions and hardships meant Jews tended to be very mobile. Many emigrated to find work or found a family. With the introduction of a … ►

Identities
"Who Am I?" …
In the bourgeois society of the 19th century, religion and identity became increasingly personal matters. Each individual Jew answered for himself the … ►

Integration and Exclusion
"Do We Belong?" …
In the second half of the 19th century, common interests, prosperity and bourgeois self-confidence meant the Jews of Hohenems played an  … ►

Salomon Sulzer
"A place of pilgrimage for my descendants ..." …
Salomon Sulzer was born in Hohenems in 1804. After studying in Alsace and Karlsruhe, he was appointed cantor in the synagogue of his hometown at  … ►

National Socialism
"327 years there has been Jews in Hohenems ..." …
Austrian Nazis took power in Austria on the twelfth of March, 1938. German troops marched in. The Nuremberg race laws applied here too, starting  … ►

What Had Been Lost
"Metal donation ..." …
On the ninth and tenth of November 1938, across the then German Reich, synagogues and Jewish prayer rooms were set on fire, businesses belonging  … ►

Escape
„These Swiss didn't make it easy for us ...“ …
After the \"Anschluss\", the annexation of Austria by Germany in March 1938, a few Jews from Hohenems managed to flee to Switzerland. Over the course  … ►

Destruction
"The last Jew ..." …
Starting in 1939 Jews in Poland were forced into ghettos. In the summer of 1941 the nazis started campaigns of mass-shooting in eastern Europe.  … ►

Displaced Persons
„In spite of all ...“ …
At the end of the Second World War, millions of Displaced Persons found themselves against their will on the territory of what had been the German  … ►

In the Words of Descendants
"He loved Hohenems. I still do not understand." …
Descendants of Jewish families from Hohenems today live all over the world, in places like Australia and the US, Switzerland and Israel, Germany and Italy, … ►

To Remember or Not to Remember
„not particularly friendly to Jews ...“ …
After 1945, Austria liked to see itself as Hitler\'s first victim. Few people were willing to tackle the problem of anti-Semitism or consider inviting back … ► 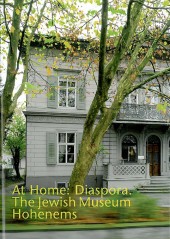 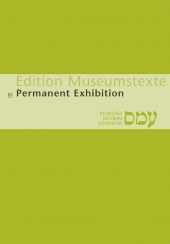