Deutsch HomeVisitor InformationNewsletterPressFriendsCaféShopImprintFacebookYouTubeInstagram
Escape
„These Swiss didn't make it easy for us ...“

After the “Anschluss,” the annexation of Austria by Germany in March 1938, a few Jews from Hohenems managed to flee to Switzerland. Over the course of the year, because of its location right beside the Swiss border, which follows the course of the “Alter Rhein,” the old bed of the river Rhine, Hohenems became the most important border crossing for thousands of Jews from Vienna. On the other side, in the Swiss canton of St. Gall, refugee camps were set up near the border; the first one was at Diepoldsau.

The refugees had to leave behind all their possessions, and often many members of their family. As the number of refugees grew, so did the financial burden on the Jewish communities, which had to pay most of the costs. On the German side of the border refugees faced arrest, even as SS men actively helped Jews cross the border illegally.
In August 1938, Switzerland closed its borders to refugees without a visa, and successfully pressed Germany to stamp the passports of Jewish Germans with a J., as of October the 5th, 1938.
When war broke out in 1939 the German authorities tightened security along its borders. Emigration was to be made impossible.
People on both sides of the borders helped refugees get across the border, usually for money. The police chief of St. Gall, Paul Grüninger, tried to save as many people as possible. For doing so he was dismissed, tried and convicted of misconduct.

On the German side, border controls also increased to prevent refugees crossing. next ► 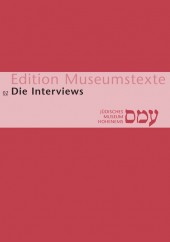 “The Interviews (in German)” ► 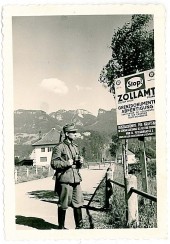