The year 1492 was a fateful one for Spain when, with the final Reconquista, 800 years of Arab-Muslim rule were brought to an end, the Jews were expelled, and Christopher Columbus embarked on a journey that would culminate in the discovery of the New World. The Jewish refugees found refuge in North Africa, in several Italian cities, but mainly in the Ottoman Empire. Through Portugal, a large number of them later on went in the direction of the Netherlands and Northern Germany as well. All over Europe, new centers of a Sephardic Diaspora emerged.


In the wake of Ottoman conquests, the Sephardim—as Jews of Spanish origin are called—were able to establish culturally and economically prospering communities in the Balkans. They remained in existence even after the Turks withdrew. Their rich culture, characterized by Spanish and Turkish influences, survived too and is reflected to this day in its religious and linguistic, literary, musical, and culinary forms of expression. The peace treaties between the Habsburg Empire and the Sublime Porte in the first half of the 18th century introduced a new era in the relationship of Europe and Turkey. These new economic and cultural relations were cultivated by Turkish citizens in the Habsburg Empire and by Habsburg subjects in Turkey, such as the Hirschfeld family of Hohenems. In this situation, Sephardic Jews made use of the opportunity to settle in Vienna. As Turkish citizens, they enjoyed the rights to freedom of movement and freedom of religion in the Habsburg Empire.
The exhibition tells about the mediating role the Sephardic-Turkish communities played between Orient and Occident, between Asia and Europe. It talks about traders and merchants and their innovative networks—also of scholars, rabbis, writers, and musicians who shared their cultural heritage with the world. And finally, the exhibition tells about the destruction of these communities and of their repression from the historical memory of Vienna and Austria. 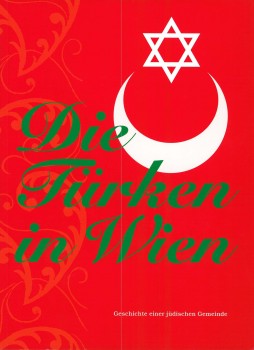 The catalog:
“Die Türken in Wien”
The catalog is out of print. 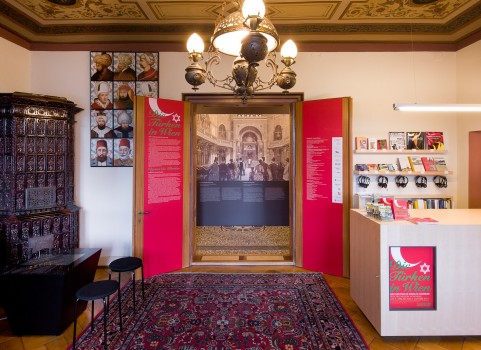 Photo album of the exhibition „The Turks in Vienna“ Photos: Dietmar Walser ►