Examples from the Children’s exhibition 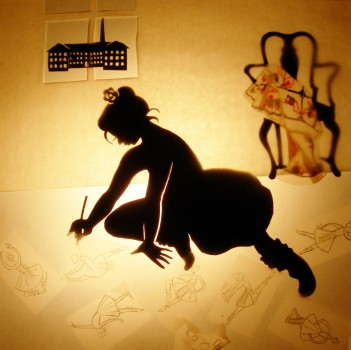 Clara dancing
Clara, the daughter of Anton and Charlotte Rosenthal, loved music and wanted to become a dancer or a painter later on. Her Dad was always busy. He owned a large factory. A thousand people worked there. He had promised to watch Clara dance some time, but something always happened to get in the way. Clara sat down on the floor and painted herself as a dancer. She painted seven pictures. When her father was having his midday rest, she took all his business papers out of his briefcase, and put her pictures in there instead. That afternoon Herr Rosenthal wanted to discuss contracts with a business friend. In the evening he said to his daughter: “Clara, today I saw you dancing.“ And he winked at her. 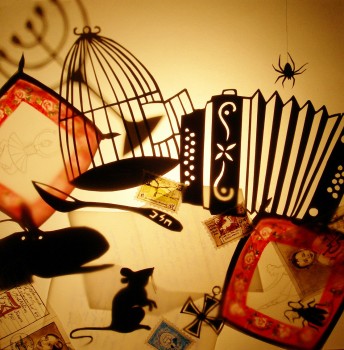 And this is what happened next …
So this is the house that Clara Heimann-Rosenthal lived in. After the war the French occupying troops held their parties downstairs in the sitting-room. Later on a doctor had his surgery here. Children were vaccinated. After the doctor had died, the house nearly fell down. The roof had holes in it, and the rain dripped through. The garden was so overgrown that people said all that was missing were the wild animals. During the war, many things belonging to its former owner were hidden in the attic. Who knows, perhaps even the seven cushions with prints of a dancing child who wanted to please to her father … In the end Otto Amann, the burgomaster of Hohenems, decided to renovate the house and set up a museum there. It was intended as a reminder of the Jews who had lived in Hohenems. 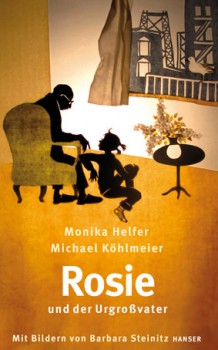 The book to the children’s exhibition:
”Rosie und der Urgroßvater” (in German) ►